5 Lessons I Learned from Market Declines

In my career as a financial advisor, I've made a few mistakes. The biggest? Not being more convincing to my clients that they should stay invested in rough markets.

I became a licensed financial advisor in early 2003. People were still really skittish over the bad market – even though it was improving. The news was still mostly bad and little provocation was needed to make people sell their investments again. It seemed to stay that way for the next few years.

Finally, around 2006 or 2007, I stopped hearing as much about the days "back in the bad market." I suppose time began dimming some memories. And then, 2008 happened. This was an incredibly difficult year in the stock market but I did everything I could do to calm the nerves of my clients and friends. Some listened to me. Others went against my advice and sold all of their investments.

Most of these people locked in devastating losses by selling at the worst possible time. And most couldn't afford it. If they would have just stayed invested, they would have most likely made up those losses and then some. Since then, I've often wondered if I could have done more to keep them invested?

One thing's for sure: I learned a few lessons from those down markets. In the next bear market, I'll be much more vocal in sharing the five things I learned from market declines.

Don't ever believe that it's abnormal for the market to get really volatile on an occasional basis. If you look at the historical averages, market declines are normal. Over the last 100 years, on average, the market has experienced a 10% drop at least one time per year. Over the same period, a 20% decline occurs once every 3.5 years and a 30% decline occurs once every 10 years.

Obviously, market declines are nothing new. But I know they are painful when they happen. And they can seem to last forever when you're in the midst of the turmoil! Thankfully, history offers us some reassurance that this too shall pass, and maybe even a little more quickly than we think.  According to CNBC, the market fully recovers within 15 months after a bear market.

So if you find yourself in a bear market, hang on! Better days are coming. Just because the market is down now, that doesn't mean it'll finish the year in negative territory.

2. No one can consistently predict market movements.

I wish I could time the markets. It looks so cool. Those who do it get lots of time on the financial TV channels like CNBC and Fox Business. They'll often appear with charts that back up their projections and make a compelling case for their forecasts.

Here's the problem: it doesn't work.

Why? You not only have to know when to get out, but when to get back in. To be successful, you have to be right over and over. I love what Rick Ferri said in his Forbes article: "Guessing right once is a 50/50 proposition. Guessing right twice drops the odds to only 25 percent. One wrong guess and you shoot yourself in one foot; two wrong guesses and you shoot yourself in both feet. This is what makes market timing so difficult."

So what's the record of these experts we see on CNBC and the other channels? From 2005 through 2012, CXO Advisory collected 6,582 forecasts for the U.S. stock market offered publicly by 68 experts. The intent was to see if some individuals can actually provide reliable stock market timing guidance.

The result from the experts? On average, they were right 47% of the time. That doesn't cut it.

Have you heard the saying, "Even a stopped clock is right twice per day?"

3. The best days hang out with the bad days.

What happens if you overreact when you see the markets "plunging" (an overused term by the financial media) and sell?

Based on history, the markets will often rebound in the days shortly after a big sell-off. For example, consider the extreme volatility we experienced in March of 2020. Not only did we have some of the worst point losses in history, but we also had some of the best point gains!

So what happens if we look at the concentration of those days over a longer time period?

It's pretty apparent that successful investors can't afford to miss many of the big return days.

4. This time is not different.

The quote by Sir John Templeton is often repeated and for good reason: "The four most expensive words in the English language are 'this time it’s different.'"

Take a look at all of these world events that had an effect on the markets:

Now, tell me, is the situation you're worried about unlike these? While it might be in the details of the situation, as far as the overall effect on the markets, it most likely looks like history that is simply repeating itself.

5. The greatest threat to your portfolio return is not the market.

Do you know why most investors have very mediocre investment returns? Emotions. The greatest danger you face in your portfolio return is not China, rising interest rates, or any of the other numerous threats constantly discussed in the financial media. Your greatest adversary is yourself. Specifically, it's how you process the emotions of fear and panic.

The urge to "do something before it's too late" can set in like a small hot fire. The financial news acts as fuel and quickly escalates this small fire into an uncontrollable blaze. Watch enough of that garbage, and you're doomed. You'll sell at the worst possible time.

It's not just you though, I'm a financial advisor with more than a decade of experience and I'm susceptible to those "flight-to-safety" emotions as well. This recent market decline has reminded me of the strength of those emotions.

The faster you recognize that you are your worst enemy, the better.

What to Expect from a Great Financial Advisor During Market Declines

So, what can you expect from a great financial advisor when the market goes downhill? Here are a few important things.

Financial advisors shouldn't buy and sell investments just to make it look like they're doing something.

Unless something dramatically changes in their clients' lives so that their goals change, the buy-and-hold strategy is a sound one that is, in my opinion, most likely to stand the test of time.

Great financial advisors understand that downtimes are scary. They will go the extra mile to proactively reach out to their clients in difficult seasons to provide insight and reassurance.

Many times, in the course of these conversations, great financial advisors learn more about their clients and are able to help them with other areas of their financial lives to bolster their financial standing without liquidating their funds.

Is your financial advisor providing this level of service? Are you uncertain about your financial future? Contact me today. I'd be happy to review your situation and give you the advice you need and deserve.

The opinions voiced in this material are for general information only and are not intended to provide specific advice or recommendations for any individual. All performance referenced is historical and is no guarantee of future results. All indices are unmanaged and may not be invested into directly. 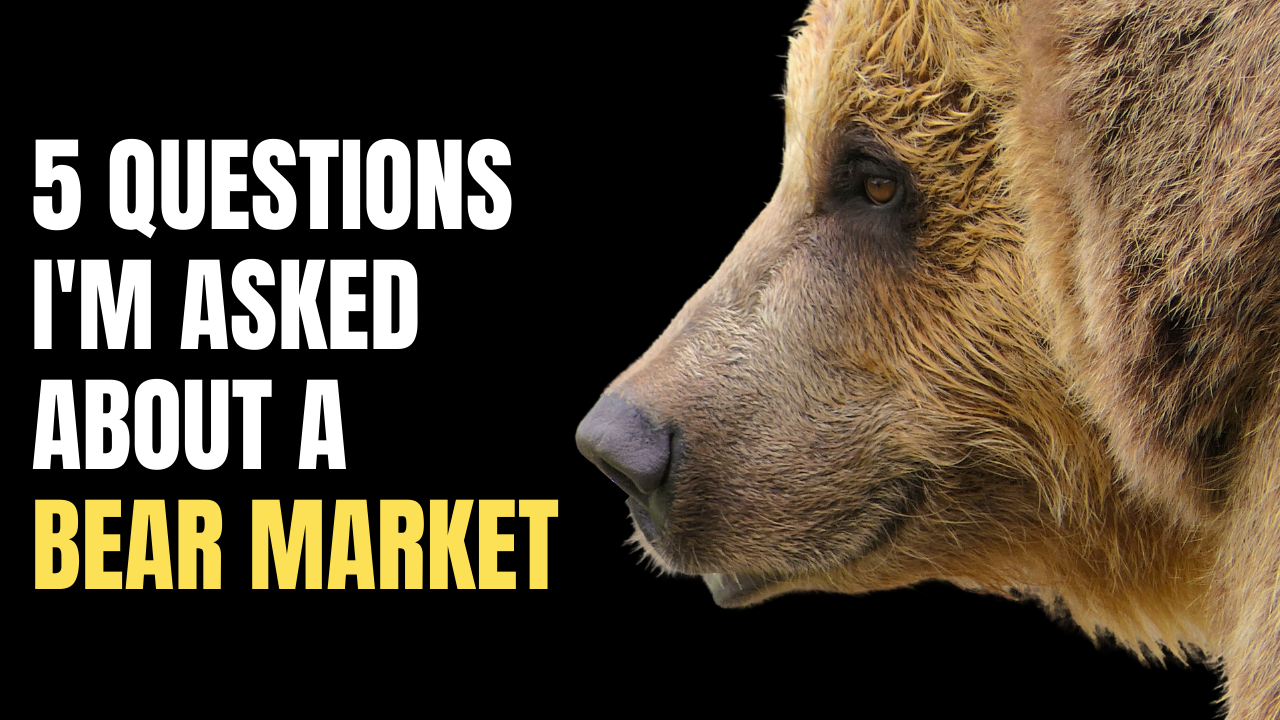 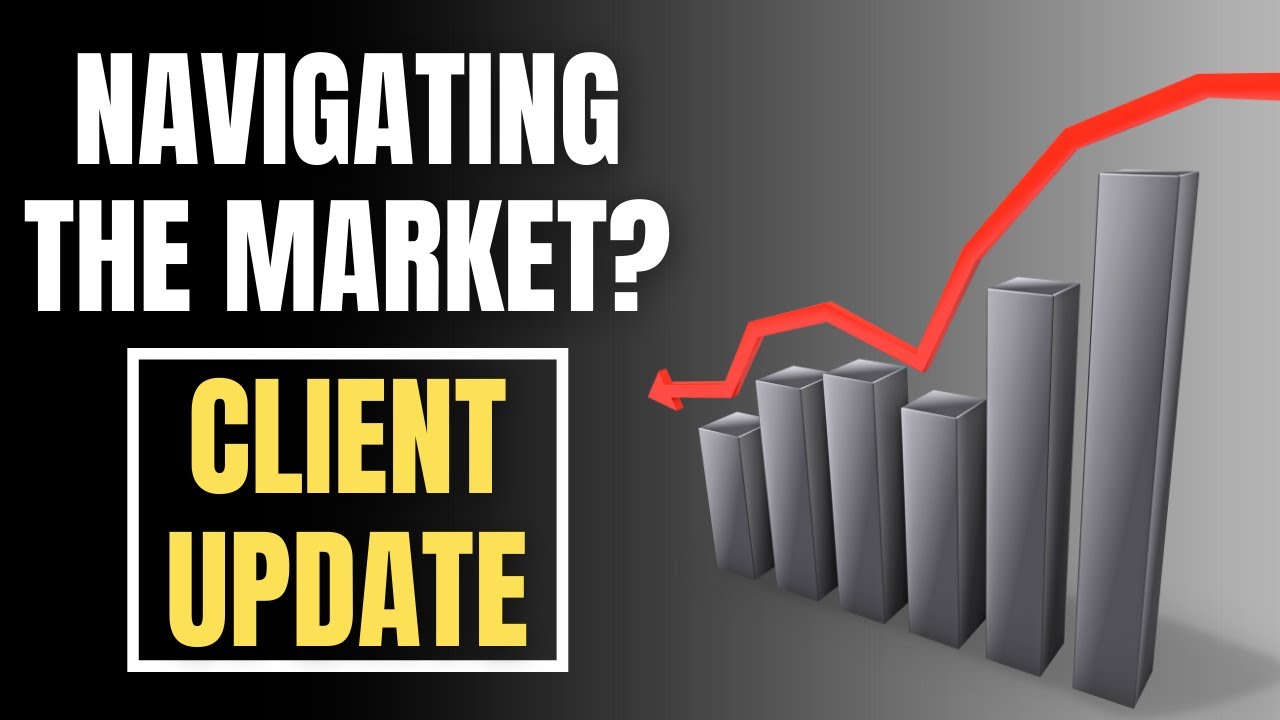 Will It Get Worse? 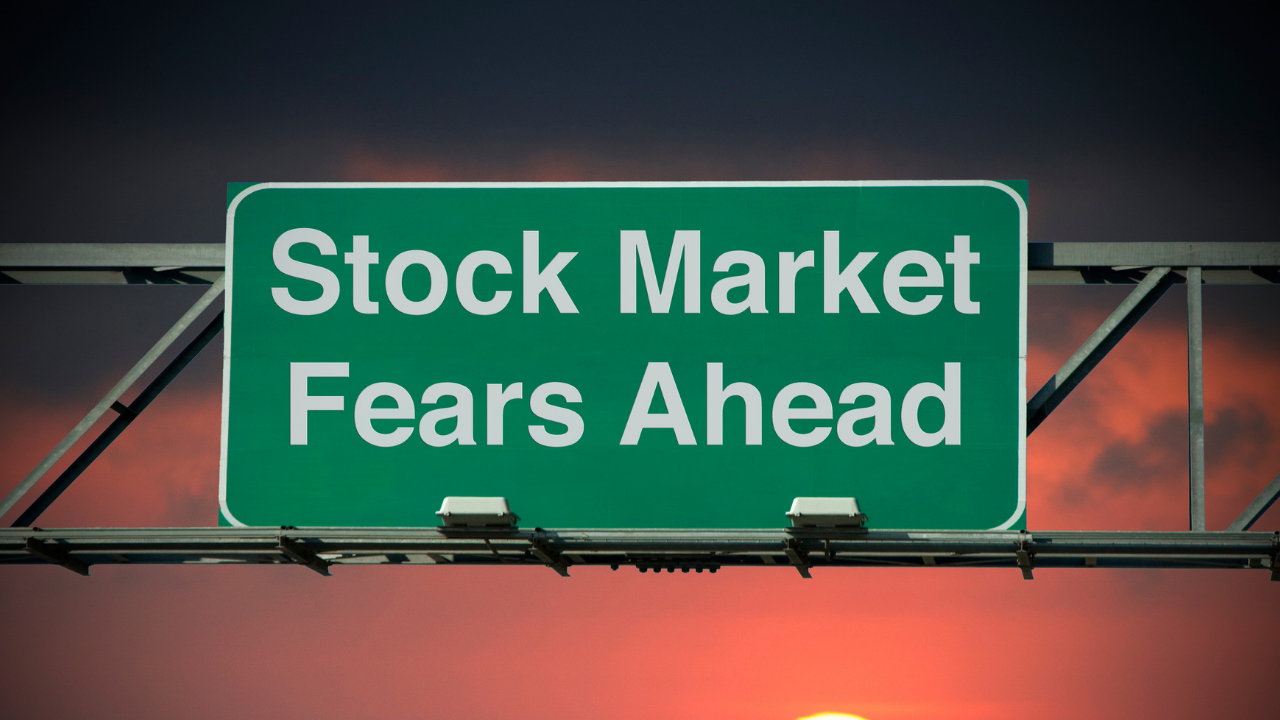 The Start of Something Bigger? 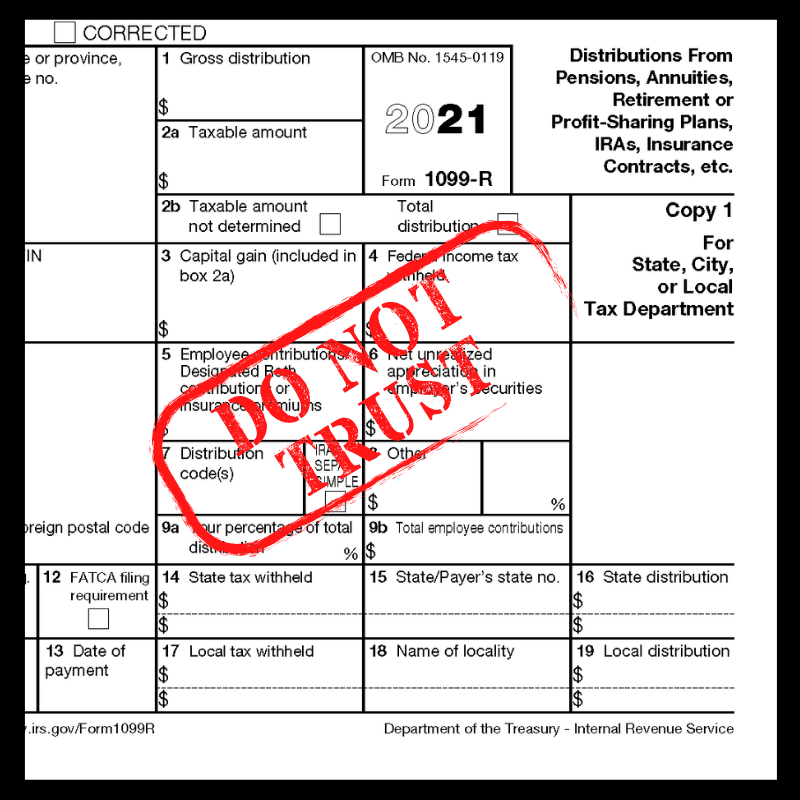